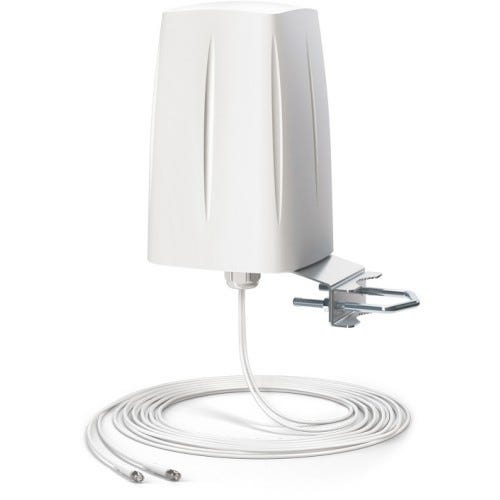 QuWireless specializes in wireless systems manufacturing and all components are made by them in EU. It is a company full of experienced engineers and graphic designers who have been present in the industry business for over 15 years. It’s the right team which has the means to meet your expectations. They combine professional experience with artistic and open-minded idea creators, so they have many views for one single aspect, which helps to find the best final solution.

QuOmni LTE omnidirectional MIMO 2x2 LTE antenna is working in Vertical polarization., it's desired for LTE/3G/2G connections. The antenna can be used for the most popular LTE bands (e.g. 3,7,20), frequencies 649-2700 MHz. That antenna is predicted to be installed on the buildings (on the pole or on the wall) as the client antenna or on the moving points like trains, buses, lorries, yachts, boats to recieve Internet by LTE/3G. It's compatible with Teltonika: RUT240, RUT900, RUT950, RUT955, RUTX09, RUTX11 and other MIMO 2x2 LTE/3G/2G modems and routers.